With it being March and the persistent recurrence of cold, miserable

weather, that is probably the last thing you want to hear. That is unless you are a “Game of Thrones” fan like me. Then you know that “Winter is coming” is the motto of House Stark, the central family in “Game of Thrones.” The HBO series returns March 31 for its third season.

“Game of Thrones” is a large-scale fantasy series based on the (still incomplete) book series “A Song of Ice and Fire” by George R.R. Martin. The first book in that series also is called “A Game of Thrones.”

I confess, I’m a bit of a fantasy nut. Some bibliophiles read mysteries or romance when they need a break from “serious literature.” I read fantasy. Nothing helps me escape like a whole new world.

Martin is a skilled writer, which is not always the case among fantasy writers. His world is rich. His characters are complex. This certainly isn’t a story with clear heroes or villains and no one is safe from the executioner’s axe. 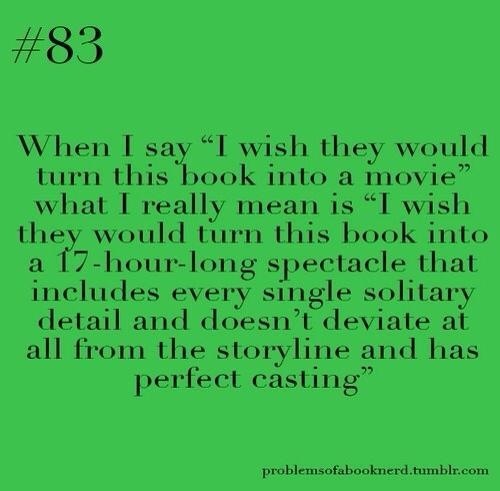 I’m usually not extremely picky when books are

adapted into TV shows or movies. I understand that they are different formats and have different audiences. Still, I was relieved to hear that “A Song of Ice and Fire” was going to be a long-running series on HBO. There are just way too many characters and too many plot lines for this to have a three-hour running time. Additionally, Peter Dinklage, an actor whom I love in “The Station Agent,” was cast as one of my favorite characters.

If you have not read these books or watched the first two seasons of the series, we have them at the library. I highly recommend checking them out. Just be warned, Martin hasn’t finished writing this series yet and he has a history of making his fans wait awhile (six years).

Here is a list of links to get you started:

“A Game of Thrones” – book form

“A Game of Thrones” – audiobook form

“A Game of Thrones” – ebook form

Do you read fantasy novels? What do love (or hate) about them?