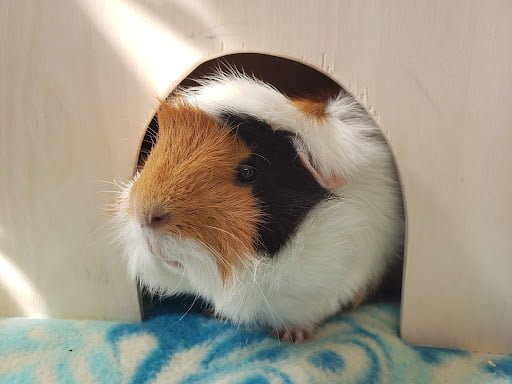 Howdy! It’s so good to see you again. Have you gone on any adventures since the last time we met? I didn’t get to go anywhere new this time but something big did happen at home. I am a big brother now!

Mama brought home a new baby; his name is Trinket. He is a guinea pig like me, but a little different. He has short smooth fur and does not have rosettes like I do. He is called an American guinea pig. 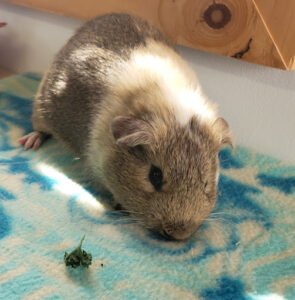 I didn’t know how to be a big brother at first. Mama said to be gentle with him since he was smaller than me. She told me that he was going to be scared of her and my other humans for a bit, just like I was at first. I could help show him that they were sweet and kind.

I knew I should try my best to be a good big brother. But, you know what? It was hard sometimes. Trinket sure was cute, but he was also noisey. He wheeks really loud! Wheeking is what humans call our squeaking noises. Mama said I had loud wheeks when I was little like him too. 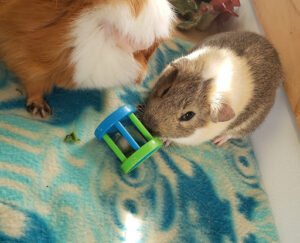 He also liked to take some of my toys. I had never had to share with anyone before. I wasn’t sure if I liked it. Then he started eating out of my food bowl! Mama told me to give it some time and he would learn. 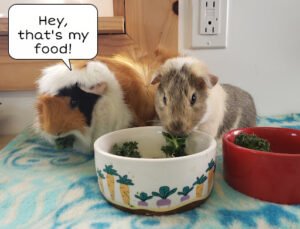 I wasn’t too sure of this whole big brother thing. It was going to be hard but I was still going to try my best. 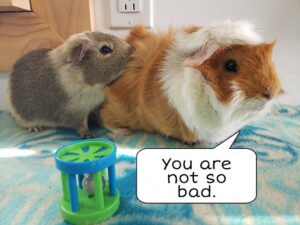 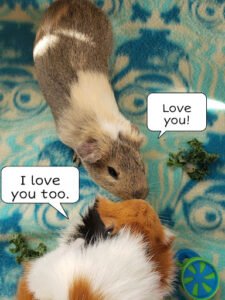 P.S. If you are new at being a brother or sister, here are some books that my mama said you might like.