William Shakespeare: Who Was The Bard, Really? 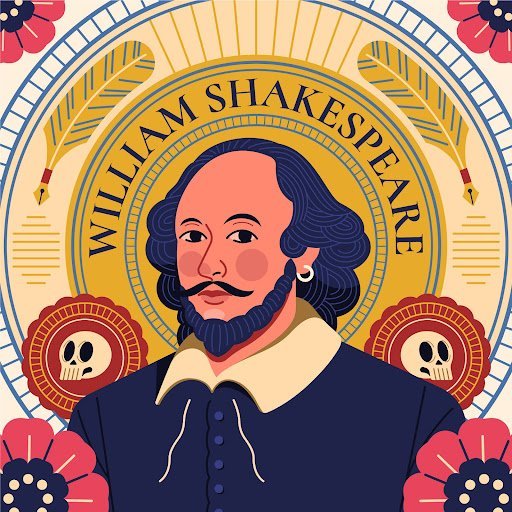 I went to college for theatre, so I have seen my fair share of Shakespeare’s plays; I’ve even acted in and stage managed versions of “Much Ado About Nothing” and “Romeo and Juliet.” A total of 36 plays and over 150 sonnets are attributed to old Willy Shakes, but is Shakespeare really who we think he is?

Biographers have spent years attempting to put together the life of this great writer. Unfortunately, many records from this time were either lost, destroyed, or never existed at all. From what knowledge we do have (due to baptism and death records, printing dates from his works, and writings from his contemporaries) we can estimate the time he lived. But even these details aren’t complete, as 18 of Shakespeare’s plays were printed after the recorded date of his death.

There are many interesting questions we can ask about Shakespeare’s life, but one that has always fascinated me, was the question of Shakespeare’s identity. There are some researchers that have developed theories that ask whether the man known as Shakespeare was the true writer of those plays, and if he wasn’t, who was?

It sounds a little strange, but there are several pieces of evidence used to back up these claims. The truth is, some aspects of Shakespeare’s life, just don’t add up. Shakespeare was born incredibly poor and would not have been able to afford a proper education. His children have been recorded as illiterate, which would be strange for one of the world’s greatest writers to neglect to teach his children to read and write.

Over the years, different theories have been explored in an attempt to discover who really wrote Shakespeare’s works. One suggests that Francis Bacon (a philosopher and contributor to the scientific method) was the true author. Bacon served in Parliament from 1584 to 1617 and was active in politics and philosophy during this time. This theory considers that Shakespeare may have simply been a cover man for Bacon, someone to take the credit for the plays so Bacon’s reputation in parliament would not be ruined.

The Oxfordian theory suggests that Edward de Vere, the 17th Earl of Oxford was the real Shakespeare. This theory mostly relies on the fact that Shakespeare was poor and had no recorded education. Class divisions within Shakespeare’s writing are written very specifically and many think the Earl’s personality better matches this writing style.

Then of course there is the Marlovian Theory, arguing that Christopher Marlow, a contemporary of Shakespeare was the author. Marlow would make perfect sense, as during his life he worked as an informant and spy and was known to have other aliases, while still publishing plays under his name as well. Some even argue that portraits of Marlow and Shakespeare bear a remarkable resemblance to each other, and I have to admit, there are some similarities in the men’s faces.

Of course, these are all just theories and most people still believe that Shakespeare wrote the plays and sonnets we attribute to him. As of now, there is no definitive evidence to support the idea that Shakespeare was not the true author. When it comes to mysteries like these, I think Shakespeare said it best himself:

“O time, thou must untangle this, not I.
It is too hard a knot for me t’untie.”

Bonus Fun Fact: Shakespeare’s Birthday is April 26! His plays are available to read, listen to, and watch with a Salina Public Library card!