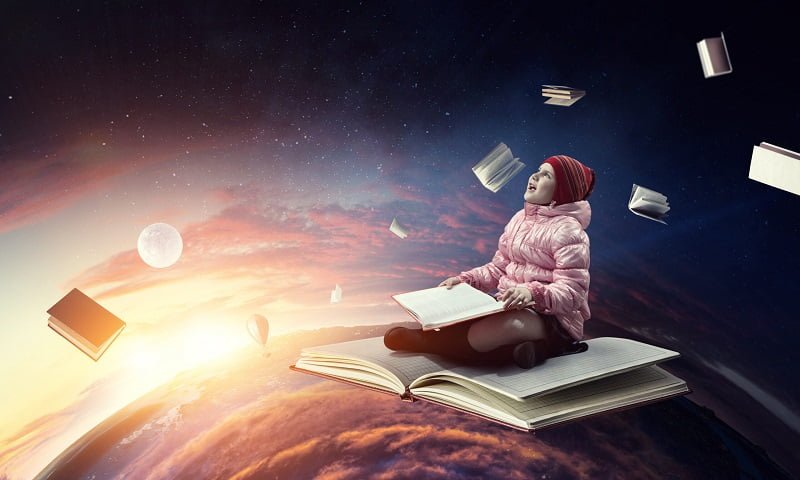 Non-fiction picture books are a great way to introduce your child to new places and inspirational real-life people who can show them just what we are capable of if we have a dream and determination. Check out these books with remarkable stories and beautiful illustrations with your child, and who knows, maybe you will learn something new as well.

This powerful nonfiction picture book explores wildlife crossings around the world and how they are helping save thousands of animals every day. Around the world, bridges, tunnels, and highways are constantly being built to help people get from one place to another. But what happens when construction spreads over, under, across, and through animal habitats? Thankfully, groups of concerned citizens, scientists, engineers, and construction crews have come together to create wildlife crossings to help keep animals safe.

When Joseph Pulitzer first saw the Statue of Liberty’s head in Paris, he shared sculptor Auguste Bartholdi’s dream of seeing France’s gift of friendship stand in the New York harbor. Pulitzer loved words, and the word he loved best was liberty. Frustrated that many, especially wealthy New Yorkers, were not interested in paying for the statue’s needed pedestal, Pulitzer used his newspaper, the New York World, to call on all Americans to contribute.

Wilson Bentley was always fascinated by snow. In childhood and adulthood, he saw each tiny crystal of a snowflake as a little miracle and wanted to understand them. His parents supported his curiosity and saved until they could give him his own camera and microscope. His work became the basis for all we know about beautiful, unique snowflakes today.

Mary Edwards Walker was unconventional for her time: She was one of the first women doctors in the country, she was a suffragist, and she wore pants! And when the Civil War struck, she took to the battlefields in a modified Union uniform as a commissioned doctor. For her service she became the only woman ever to earn the Medal of Honor.

Itzhak: a Boy who Loved the Violin by Tracey Newman

This picture-book biography of violin virtuoso Itzhak Perlman will inspire young readers to follow the melody within themselves. Before becoming one of the greatest violinists of all time, Itzhak Perlman was simply a boy who loved music. Raised by a poor immigrant family in a tiny Tel Aviv apartment, baby Itzhak was transformed by the sounds from his family’s kitchen radio-graceful classical symphonies, lively klezmer tunes, and soulful cantorial chants. After begging his parents for an instrument, Itzhak threw his heart and soul into playing the violin. Despite enormous obstacles-including a near-fatal bout of polio that left him crippled for life-Itzhak persevered, honing his extraordinary gift.

From a very young age, Sue Hendrickson was meant to find things: lost coins, perfume bottles, even hidden treasure. Her endless curiosity eventually led to her career in diving and paleontology. In 1990, at a dig in South Dakota, Sue made her biggest discovery to date: Sue the T. rex, the largest and most complete T. rex skeleton ever unearthed. Named in Sue’s honor, Sue the T. rex would be placed on permanent exhibition at the Field Museum of Natural History in Chicago.

Curiosity: the Story of a Mars Rover by Markus Motum

A look at NASA’s beloved Mars rover is sure to fascinate budding space explorers–and set inquisitive minds soaring. Maybe you remember when a little robotic spacecraft landed on a far-off planet. On August 6, 2012, the rover Curiosity touched down on the rocky surface of Mars–and now she’s ready to guide you through her journey firsthand. From idea to creation and beyond, this fact-filled, stylish book introduces readers to Curiosity and her mission: to discover more about the red planet and search for evidence of life.

Island: a Story of the Galapagos by Jason Chin

Charles Darwin first visited the Galápagos Islands almost 200 years ago, only to discover a land filled with plants and animals that could not be found anywhere else on earth. How did they come to inhabit the island? How long will they remain? Thoroughly researched and filled with intricate and beautiful paintings, this extraordinary book by Award-winning author and artist Jason Chin is an epic saga of the life of an island–born of fire, rising to greatness, its decline, and finally the emergence of life on new islands.

The Girl Who Named Pluto by Alice B. McGinty

When Venetia Burney’s grandfather reads aloud from the newspaper about a new discovery–a “ninth major planet” that has yet to be named–her eleven-year-old mind starts whirring. She is studying the planets in school and loves Roman mythology. “It might be called Pluto,” she says, thinking of the dark underworld. Grandfather loves the idea and contacts his friend at London’s Royal Astronomical Society, who writes to scientists at the Lowell Observatory in Massachusetts, where Pluto was discovered. After a vote, the scientists agree unanimously: Pluto is the perfect name for the dark, cold planet.

We Are Still Here!: Native American Truths Everyone Should Know by Traci Sorell

Twelve Native American kids present historical and contemporary laws, policies, struggles, and victories in Native life, each with a powerful refrain: We are still here! Too often, Native American history is treated as a finished chapter instead of relevant and ongoing.