Your #BookTok Books Are At The Library! 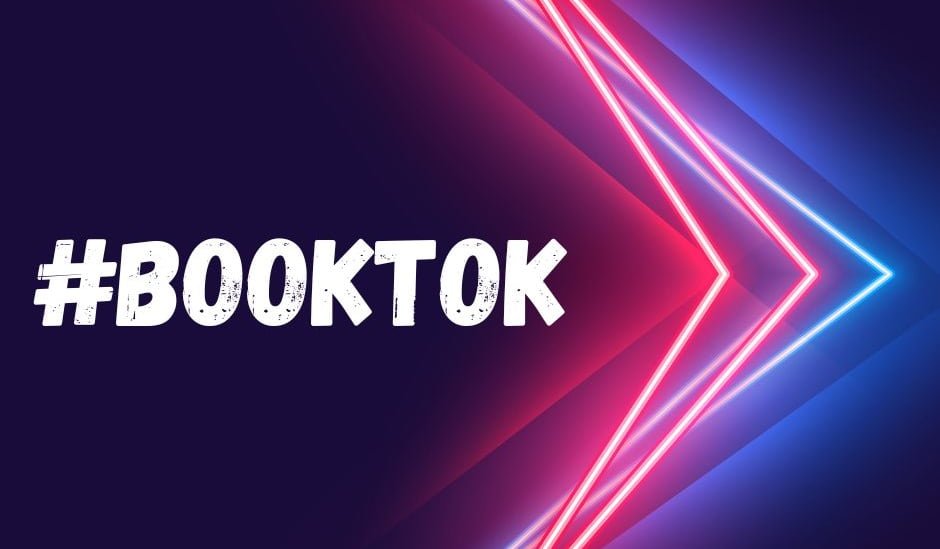 TikTok has become one of the most used social media apps in recent years, with its endless stream of short video clips about everything imaginable. The app attracts people with hobbies and skills of all kinds, from cooking, to comedy, to books. Hashtags are used on TikTok to find videos about certain topics and naturally, the one all book lovers should know is #BookTok. This sub-community within the app exists for the sole purpose of discussing everything book related. These #BookToks cover a variety of book-related topics such as reviews, book suggestions, book organizing hacks, and even the TikTok pages of libraries and bookstores! Book reviews and suggestions are far and away the most popular videos, resulting in some books “going viral”. Some titles that go viral are newer books, with fans excited for an author’s latest release. Others are books published any number of years ago, receiving new recognition through promotion on the app.
When you are constantly seeing new and exciting books popping up on your page, it’s hard not to run and out try to buy them all. Luckily for you, the library has many of your BookTok recommendations right here on our shelves. With some help from a list put together by Barnes & Noble and far too much time spent on TikTok, here is your guide to #BookTok books available at the Salina Public Library!

Adult Fiction
Verity by Colleen Hoover
Colleen Hoover has absolutely taken BookTok by storm, with many book suggestion videos including at least one or more of her titles. Verity tells the story of a struggling writer who comes across an autobiography that was never meant to be read, and her struggle with what to do about the terrifying information within.
The Song of Achilles by Madeline Miller
Tender is the Flesh by Augustina Bazterrica
The Only Good Indians by Stephen Graham Jones
The Poppy War by R. F. Kuang
Red, White & Royal Blue by Casey McQuiston
Casey McQuiston exploded onto BookTok with her debut novel about a forbidden love affair between the First Son of the United States and a Prince of the United Kingdom.

Adult Non-Fiction
Chaos: Charles Manson, the CIA, and the secret history of the sixties by Tom O’Neil
Crying in H Mart by Michelle Zauner
Educated by Tara Westover
The Nineties by Chuck Klosterman
I’m Glad My Mom Died by Jennette McCurdy
Just recently published, I’m Glad My Mom Died is a potent memoir by Jeannette McCurdy about her journey as a child star and her relationship with her mom. TikTok was divided on the antagonistic title, but whichever way you lean, McCurdy’s book certainly made waves.

YA Fiction
They Both Die At The End by Adam Silvera
The Inheritance Games by Jennifer Lynn Barnes
Throne of Glass by Sarah J. Maas
You’ve Reached Sam by Dustin Thao
Heartstopper: Volume One by Alice Oseman
This webcomic turned graphic novel series had its hold on TikTok for quite a while, with interest only increasing with the release of a Netflix adaptation of this adorable love story between Charlie and Nick at their British all-boys grammar school.

YA Nonfiction
Once I Was You by Maria Hinojosa
Stamped: Racism, Antiracism, and You by Jason Reynolds & Ibram X. Kendi
Disability Visibility: 17 First-Person Stories for Today edited by Alice Wong
The 57 Bus by Dashka Slater
A Few Red Drops: The Chicago Race Riot of 1919 by Claire Hartfield
Written for young adults, A Few Red Drops tells the story of the Chicago Race Riot of 1919.